Never have I appreciated banking in the UK as much till I moved to France. I still have a UK bank which is free to use and provides online banking and a cheque book. Savour it whilst it lasts.

Free banking in France doesn’t exist as freely as in the UK.  We have a very basic joint account, not basic particularly through choice, but when you are setting up an account using google translate on the bank staffs PC then that’s what we ended up with!

For this very basic account we have to pay an annual amount for each bank card and a couple of euros a month for insurance.  The account doesn’t include a cheque book despite it still being a very popular method of payment in France.

In fact it’s not unusual to be stood in a shopping queue waiting for someone to pay for their shopping with a cheque, which is pretty much unheard of in the UK. Followed by a long natter between the checkout person and the customer!!

We haven’t asked for a cheque book on the basis that we rarely have a need for them and I suspect they may charge for it anyway.

Did you know, writing a cheque in France when you know you have insufficient funds is a criminal offence?

Online banking on our account is limited too, I can check my balance and see any e-documents.  I’ve set up direct debits to pay the equivalent of your council tax through the government site, but had cause the other day to want to pay a bill online.  NOPE, our account doesn’t have that facility!

Obviously couldn’t mail them a cheque either!

Fortunately they took card payments over the phone, otherwise I would have had to ask the bank for the facility and I’m guessing there might be a charge for that too.

Once in Brico Depot paying for renovation materials our card was declined.  We were confused as we had sufficient funds, but fortunately we had an English credit card to save the day.

When we went into the bank to query why, we found out that banks apply a monthly limit to how much you can spend.  BUT it’s OUR MONEY!!  We were gobsmacked!  They increased it to the maximum which from memory was about 3,000 euros a month.  I honestly would not believe this to be a thing had it not happened to us. No idea what you do if you want to buy a decent car!

This also extends to daily and weekly usage.  So for example one bank has a 7 rolling day limit of 450 euros. It would seem we are not capable of managing our own money!

Apparently it is frowned upon to go overdrawn and best to avoid this situation! Knowing some of the quirks of France I suspect the guillotine to be involved in the penalty!

The one thing they do have in most decent sized villages, is a non-staffed branch/room with an ATM. There is also the facility to complete paying in slips to pay cheques into a letter box. These usually show on your account within a day or two.

Generally for government sites, if you work and pay social security or tax, you do need a bank with a French IBAN number as they don’t accept anything else, so unfortunately you can’t get away with not having a French bank account.

So the moral to this story is, if you should need a French bank account, don’t just go into your nearest local bank and open one like us.  Instead look around as you may find some cheaper online accounts. Or if you need the facility to pay in cheques, have a mix of the two. 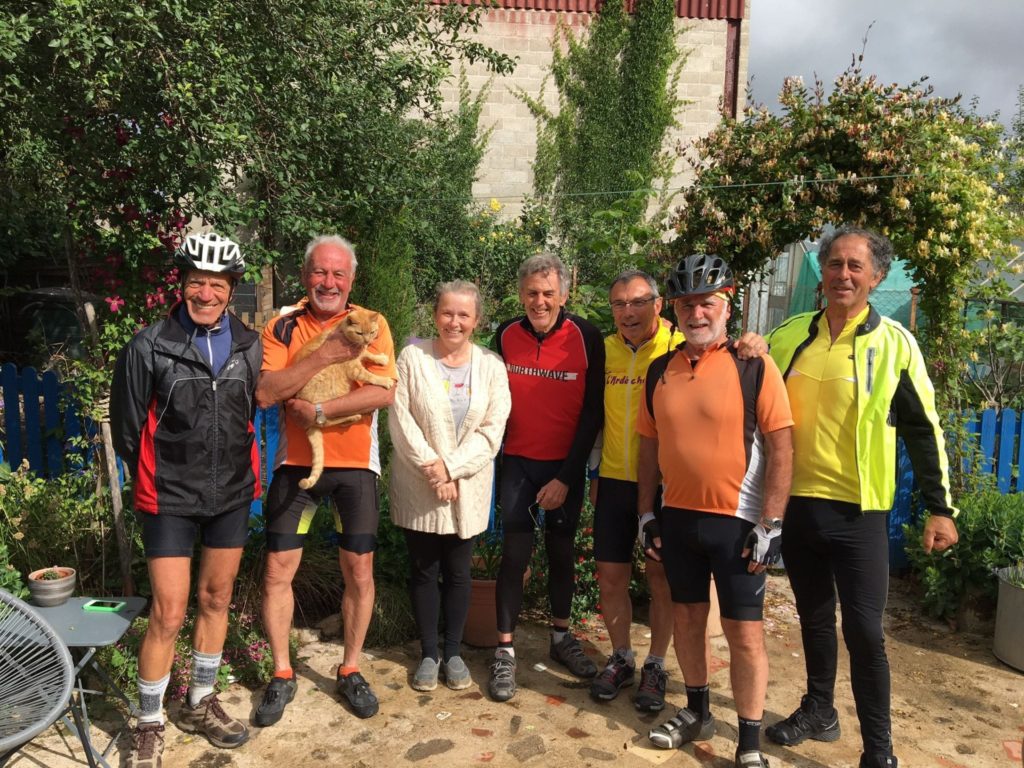 Cycling in the Creuse

Cycling in the Creuse is very popular, in particular the ‘Tour de Creuse’ cycle route which takes in a large circular route around the department.

We have a few favourites, but the best place to eat locally (with the exception of Table D’hotes at L’Ancienne Boucherie of course ha ha)

We will respond as soon as possible but usually within 24 hours.

This website uses cookies to improve your experience while you navigate through the website. Out of these cookies, the cookies that are categorized as necessary are stored on your browser as they are essential for the working of basic functionalities of the website. We also use third-party cookies that help us analyze and understand how you use this website. These cookies will be stored in your browser only with your consent. You also have the option to opt-out of these cookies. But opting out of some of these cookies may have an effect on your browsing experience.
Necessary Always Enabled
Necessary cookies are absolutely essential for the website to function properly. This category only includes cookies that ensures basic functionalities and security features of the website. These cookies do not store any personal information.
Non-necessary
Any cookies that may not be particularly necessary for the website to function and is used specifically to collect user personal data via analytics, ads, other embedded contents are termed as non-necessary cookies. It is mandatory to procure user consent prior to running these cookies on your website.
SAVE & ACCEPT